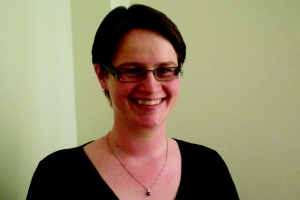 We are delighted to announce that Philippa Curran has been promoted to partner. She will join the Board of Directors on 1st January.

Philippa started her career as a trainee solicitor with odonnells 15 years ago and qualified as a solicitor in 2000. Following admission to the Law Society Mental Health panel she developed her specialism in mental health law eventually becoming head of the mental capacity section of the firm.

Philippa has a busy practice in the Court of Protection and has been involved in a number of leading cases including GJ v The Foundation Trust (2009) EWHC2972, R(RB) v First Tier Tribunal (2010) UKUT160, R(BM/litigation friend MM) v Lancashire County Council (2001) EWHC2931. Philippa acts for the Official Solicitor on behalf of the patient in the Cheshire West case which is the most important and eagerly awaited case on mental capacity this decade. Judgement is expected from the Supreme Court in the New Year.

Philippa plans to increase awareness of the need to protect families and commercial organisations against the eventuality of someone losing mental capacity. Forward planning by making advance directives and Lasting Powers of Attorney can save enormous sums of money as well as reducing anxiety and grief for those having to sort out the mess which loss of capacity involves. Her appointment as partner increases the strength of the board to build on the national reputation odonnells have in this expanding and complex area of law.